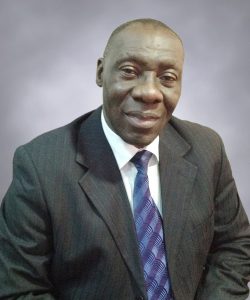 Mr. Amangala joined the Cybernetics International Services Ltd in March 2006, as a consultant in Oil and Gas. He was later absorbed and appointed as the Terminal Manager. He is now the Chief Operations Officer of the company.

He obtained his HND degree in Accountancy at the Yaba College of Technology and has attended various courses in the Oil and Gas within Nigeria and Overseas.

During the period he worked in the NNPC, he was exposed to all the various components that makes up integrated oil company at the Oxford College of Energy and Petroleum Studies, London.