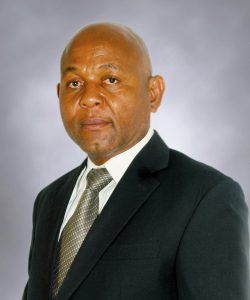 Born on July 21 1961 in Kiri-Kiri Apapa Lagos, Onwordi, Emmanuel Ifeanyichukwu hails from Ubulu-Uku in Aniocha South LGA of Delta State. He started his early primary education at L. A. School Apapa and later proceeded to the renowned Saint Finbarr’s College Akoka Yaba Lagos for his Secondary Education from 1974 to 1979. Ifeanyi was one of the lucky few who attended St. Finbarr’s College (known for its passion in sports and academics) under the watchful eyes of its Founder and first Principal, the Late Very Rev. Fr. Dennis James Slattery.

In 1984, he gained admission into the prestigious University of Lagos Akoka where he studied Pure Chemistry and graduated in 1988 with a B.Sc. (Hons) degree (Upper Second-Class Honours). He also holds an MBA from the University of Calabar, Cross Rivers State, Nigeria.

A seasoned Professional Banker and Chemist, Mr. Onwordi has twenty years’ experience in Banking and three years’ experience in oil and gas. He has worked variously in the defunct Allstates Trust Bank Plc and Ecobank Nigeria Plc where he rose to the position of a Branch Manager. He also had a stint in Continental Pharmaceuticals Ltd Ilupeju Lagos.

He is currently on the staff of Cybernetics International Services Ltd (Oil and Gas) where he is the Terminal Manager of the Tank Farm located in Oghara Delta State. Ifeanyi has a passion for excellence and he is a voracious reader.

A devout Catholic, he is happily married to Augusta Onyinye Onwordi and the union is blessed with three girls and a boy.