CISL has determined that it will be a customer-oriented company in a competitive economy such as Nigeria’s. Therefore, its greatest asset is its personnel, which it will continue to invest in, to maintain a high calibre of qualified, skilled, experienced and motivated team of professionals to render delightful services to its customers. 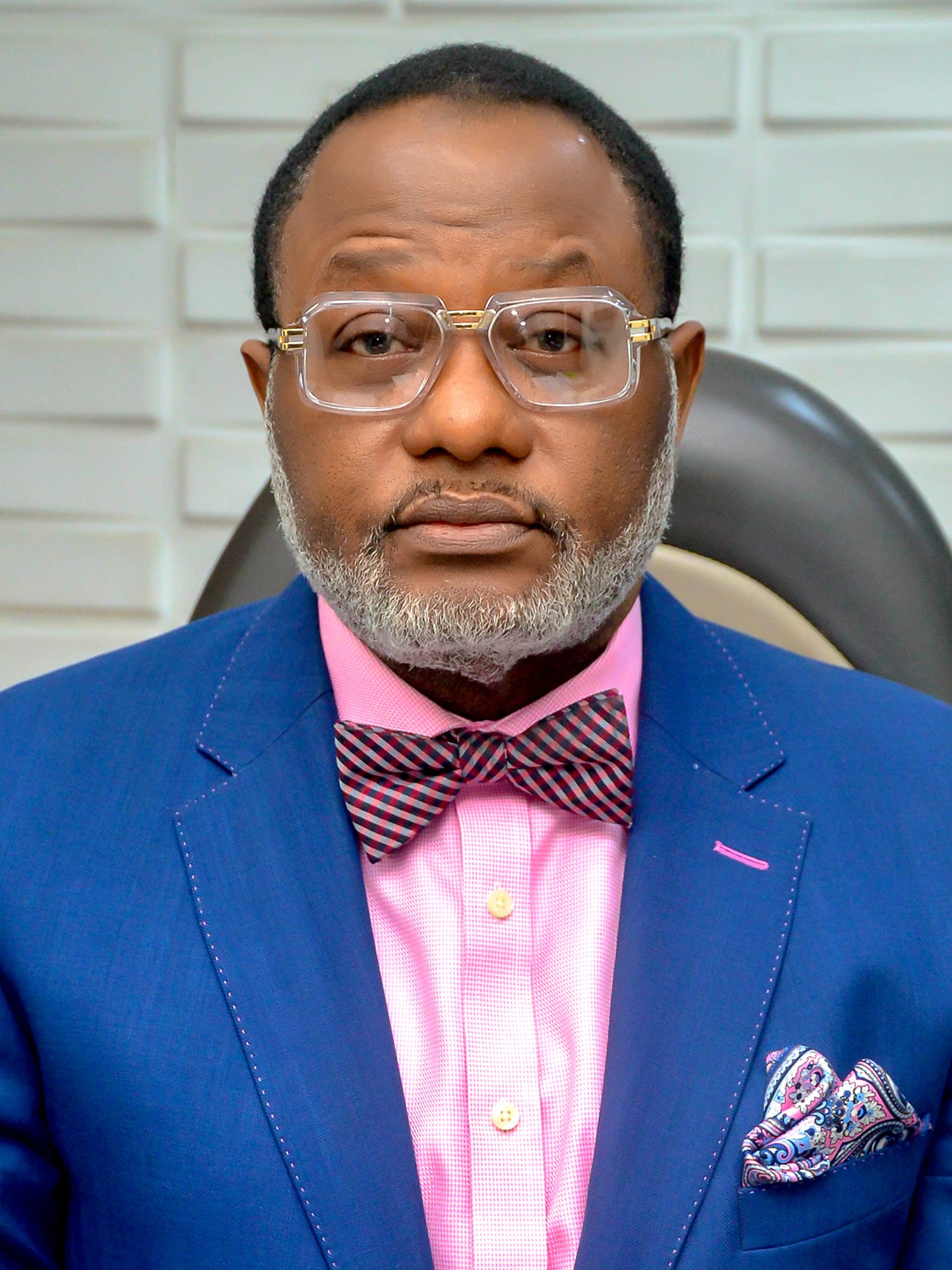 Mr. Andrew Chukwuelozona Isichei, referred to as Andy Isichei, is a Turnaround Specialist, Motivator, Coach, Mentor, Visionary and Result-oriented Leader. He has proven success in identifying new markets, and spearheading operational improvements to drive productivity, reduce costs, and strategically positioning for success. Andy is a resourceful growth driver who takes on seemingly insurmountable growth and profit challenges and designs outcomes attractive to investors.

He revived the moribund National Clearing & Forwarding Agency (NACFA), a Federal Government parastatal; established processes and set up infrastructure, turning it around to one of the best managed and profitable government agencies. He grew the asset base of NACFA from N28million in 1990 to a market value of N3.6billion at privatization in 2006.

Andy was one of the three-man team who set up the first West African Oil & Gas Free Trade Zone in Onne, Rivers State, Nigeria.  He led the team that acquired several subsidiaries for Nigeria Engineering Works, including Rivers Vegetable Oil Company, now an NGN18bn turnover business between 1987 -1990. He played a key role in the growth and expansion of the Sunray into a diversified group of four companies.

Among other degrees and certificates, he has an MBA from Rivers State University of Science and Technology, M.Sc. in Corporate Governance from Leeds Metropolitan University, UK and Certificate in Crude Oil, Gas Accounting & Taxation from University of Texas USA.

He is presently the President/Chairman of the Governing Council, Nigerian Chamber of Shipping and a member of many professional associations in Nigeria.

He has won several awards including – Most Valuable Maritime Director (2001), Commendation from the Federal Executive Council (December 2000), Award for Excellence by the Dr. Kwame Nkrumah African Leadership Award (2003), and Award for Excellence (Transport week in 2006). Andy is married and blessed with children. 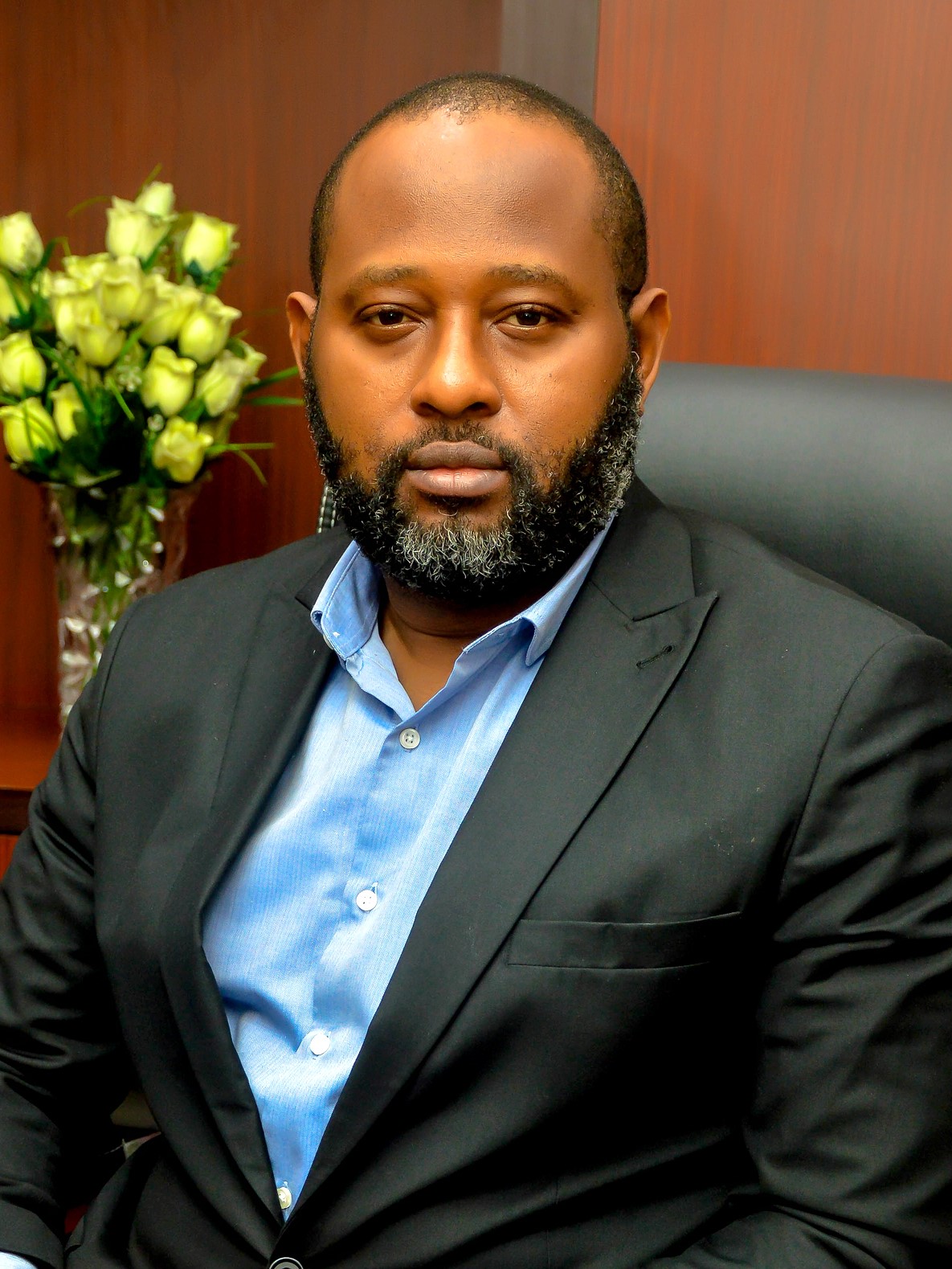 Mr. Francis Isichei is the Executive Assistant on Information Technology and Operations to the Executive Vice Chairman of Cybernetics International Services Ltd

His core focus is to oversee the Information Technology department using it as a veritable tool in the smooth running of the organisation. He is also responsible for Marine Operations and ensuring the depot is always ready in all respect to receive and truck out cargo.

Mr. Francis Isichei is a graduate of Kings’ College, London and Middlesex University, London where he obtained an MSc in Advanced Computing and a BSc. In Information Technology respectively. He worked in Kurtosys Systems Limited located in Wimbledon, London shortly after as Software Developer / Engineer and on his return to Nigeria carried out his NYSC service in UBA Head Office Marina, Lagos as an E-Commerce and Applications Support Staff.

He thereafter joined Cybernetics International Services Ltd in 2010 as the Executive Assistant on Information Technology and Operations to the Executive Vice Chairman.

He has various certificates and has attended numerous seminars, trainings and courses in Shipping and Oil and Gas. 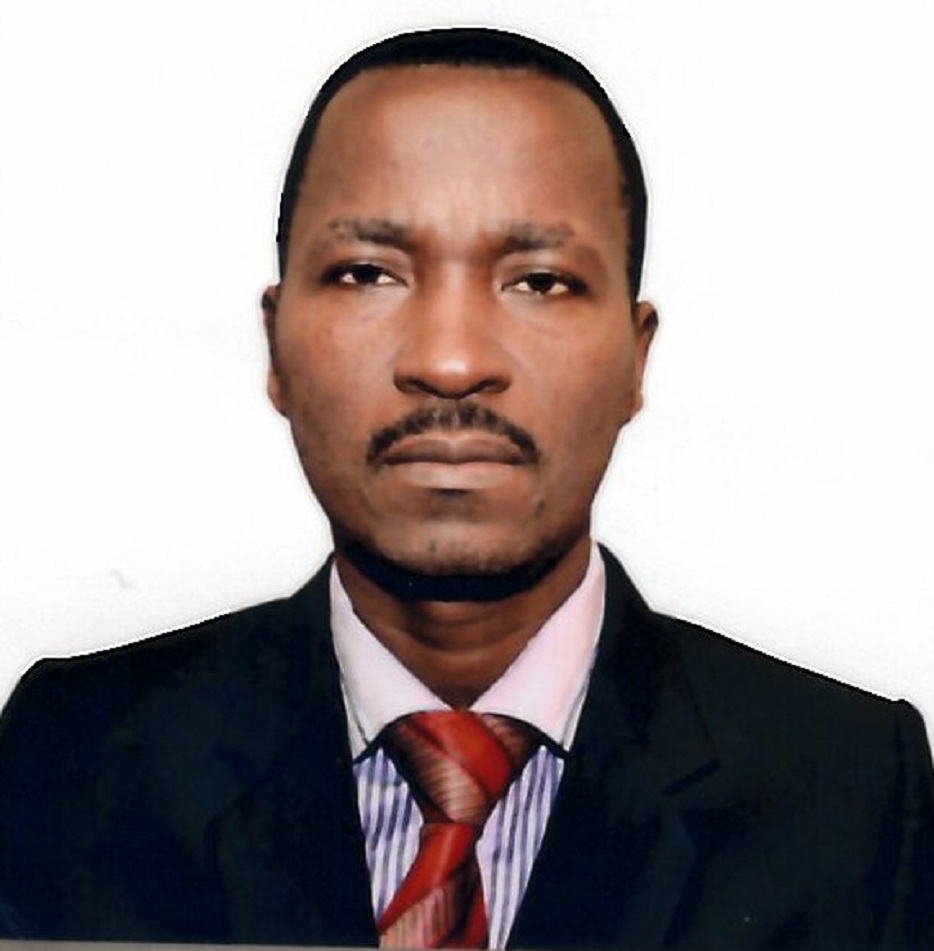 Mr. Adesokan is an accomplished professional with over two decades experience in Accounting, Finance and Tax Management.

He has worked at management level with a number of organisations cutting across Manufacturing, Logistics, Trading and Oil and Gas. Through his passion for excellence he has made meaningful contributions towards organizational growth and profit maximisation. He is a self-starter, versatile and hardworking professional.

He holds a Higher National Diploma in Accounting from Rufus Giwa Polytechnic Owo, Ondo State and a Masters’ Degree in Business Administration from Lagos State University.
He is a Fellow of the Institute of Chartered Accountants of Nigeria (ICAN) and a member of the Chartered Institute of Finance and Control of Nigeria. 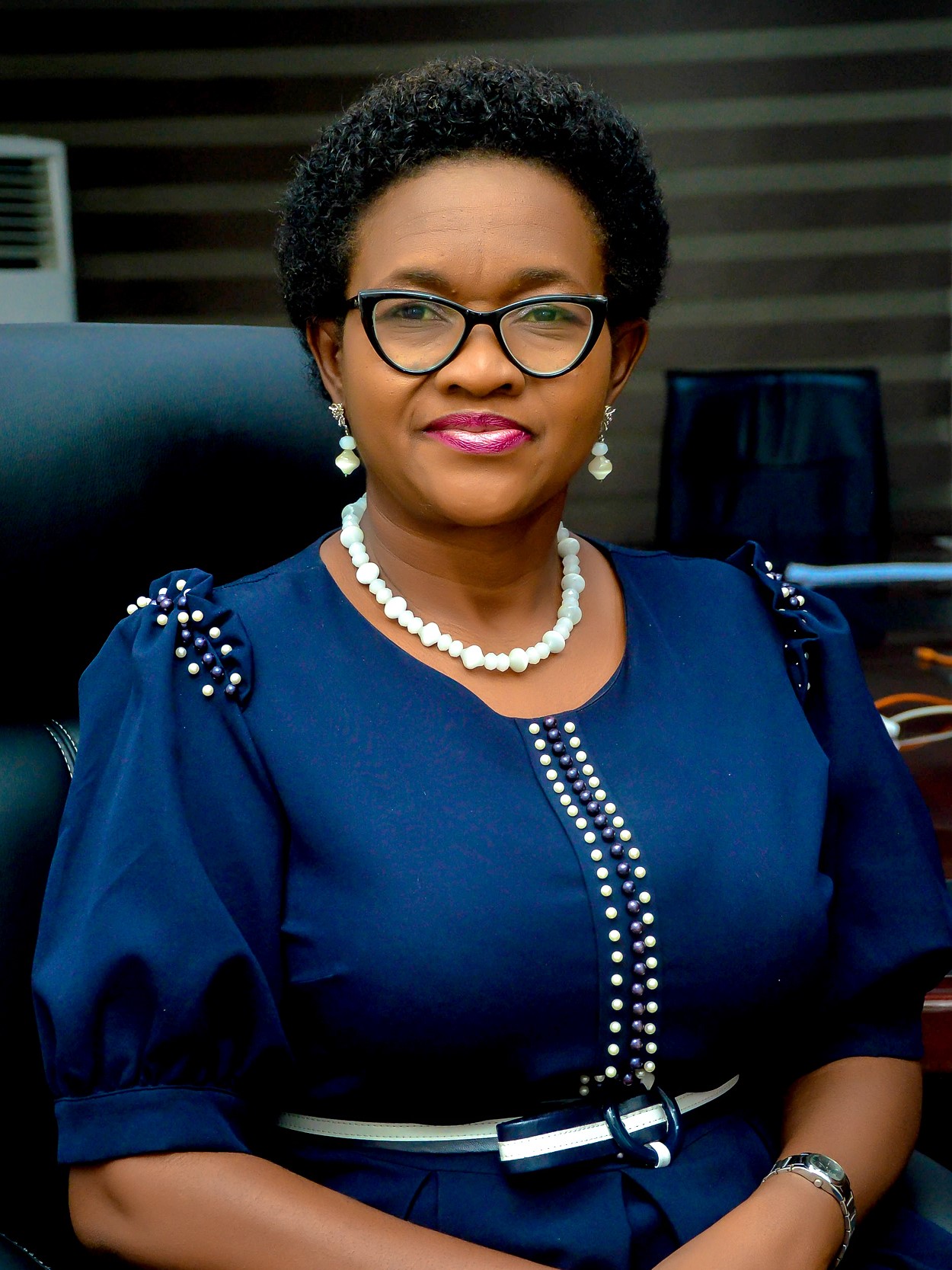 Dr. Janefrancis Ijeoma Duru, is a human resource management and administration expert with over 28 years’ experience. Over the years, she has also acquired vast experience in leadership, communication, entrepreneurship development, business advisory, Environmental Impact Assessment (EIA), gender, reproductive health and consulting services. Before she delved into Management and Health Consulting, She headed the Human Resource and Administration department of three notable organisations including the Nigerian Institute of Management Chartered (NIM). While in these employments, she introduced some innovations that transformed their administration and HR practices.

A 2011 graduate of Social Sector Management (SSM3) of Enterprise Development Centre, Pan Atlantic University, Lagos, Janefrancis holds a B.A. Ed degree, second class honours, upper division; Master’s and a Doctor of Philosophy degrees in Public Administration specializing in Human Resources, all from the University of Nigeria Nsukka. She received the Council for the Development of Economics and Social Research in Africa (CODESRIA) award for her Master’s Thesis – Management of Communication Problems in Organisations.

She consults for international development agencies including WHO, UNDP, EU, UNICEF, the Federal Ministry of Environment and other organisations. She has published several articles in reputable journals including American Journal of Tropical Medicine and Hygiene (AJTMH), Management in Nigeria Journal, Human Resource Management Journal, and Nigerian Journal of Learning and Development Journal; online websites; and national newspapers. Many of her books are awaiting publication.

Janefrancis is currently the Group Head, Management Services of ACI Holdings, a multi-sectoral (Oil & Gas; Agriculture, Freight forwarding & Logistics; Dredging, and Environmental Management) indigenous Group and the Executive Director, Gender Care Initiative (GCI) an NGO that promotes the empowerment of women and young people. She is happily married and blessed with children. 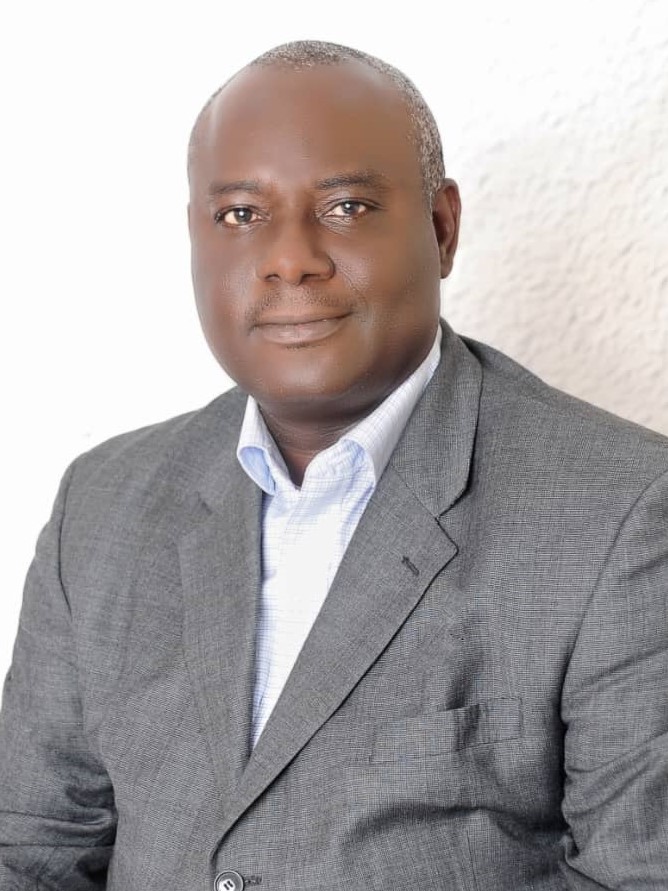 Engr. Enwesi is presently the Maintenance/Business Development Manager of Cybernetics International Services Limited.
He is a seasoned Chemical Engineer with a 21 years’ work experience in the oil and gas sector. He has worked in several high-level management capacities in major oil and gas companies most notable of which are ExxonMobil Nigeria, Chevron Oil Nigeria Plc which later became MRS Oil Nigeria Plc and Acorn Petroleum Plc.

He holds a B.Sc. degree in Pure and Applied Chemistry, PGD in Chemical Engineering, Masters in International Relations and Strategic Studies (MIRSS). He is a Member of the Chartered Institute of Logistics and Transport (Aviation Charter) and also a member of the American Chemical Society (ACS) in addition to being a Member of the Nigerian Society of Engineers (NSE).

He is a Lead Fellow of Anglophone West Africa (Cohort 15) and has also acquired many certificated skills in Supply Chain Forecasting and Planning Strategies and Project Management. He is also a member of the National Industrial Safety Council of Nigeria, Certified Red Cross Trained First Aider, and 4 times Exxon Mobil safety award winner for Risk Assessment, Incident Investigation, Near Miss Reporting and Management of Change.

He is happily married with three lovely children. 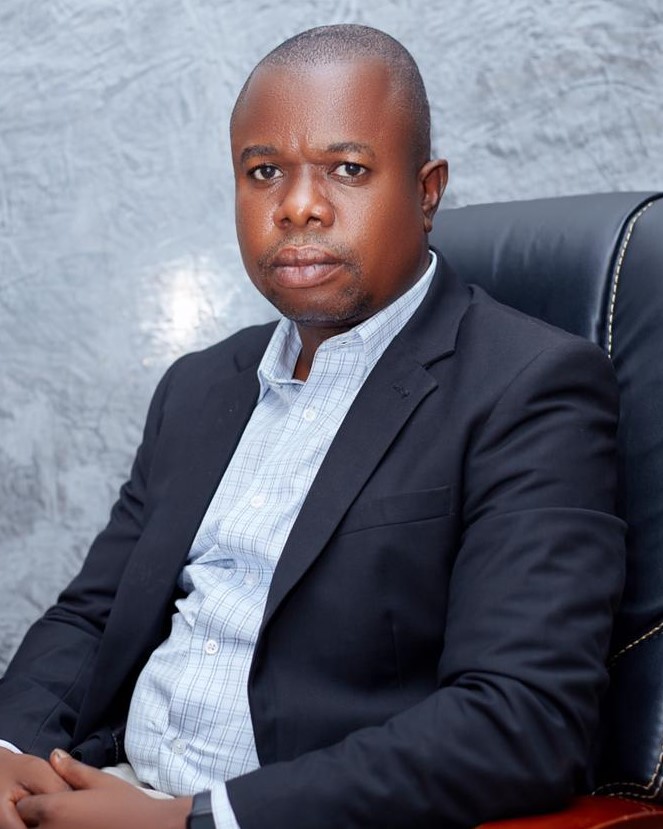 Engr. Akintan Johnson is a graduate of Electrical Engineering and a holder of Master in Project Development and Implementation from the University of Ibadan with over 15 years of experience that cut across all phases of refined petroleum bulk storage terminal ranges from eequipment servicing  & repairs, construction management, project management and Terminal Operation Management. He is a registered Engineer with Council for the regulation of Engineering in Nigeria (COREN) and a member of Nigeria Society of Engineer. Engr. Johnson Akintan started his career with Aicetec Nigeria Ltd as Service Engineer, latter join MRS Oil & Gas Ltd as instrumentation Engineer and rose to the position of Assistant Manager Project and Technical. In this capacity he was involved in managing several projects which includes construction of storage tanks, pipeline construction, Management of terminal maintenance activities and terminal operation e.t.c. He latter joined Emadeb Energy Services as Maintenance and Instrumentation Manger where he rose to become the Terminal manager. He attended both national and international training on project management, Quality management, Maintenance management and Terminal Operation management. He has been involved in startup, commissioning and operation of several terminals within Nigeria.

We at CISL only work with traders that helps us guarantee the quality of the products we import, round-the-clock availability, supply and competitive pricing. And that’s why we are proud to say we are “The Power Behind You”.